The Eurorack SMPS is the most powerful power supply I designed. 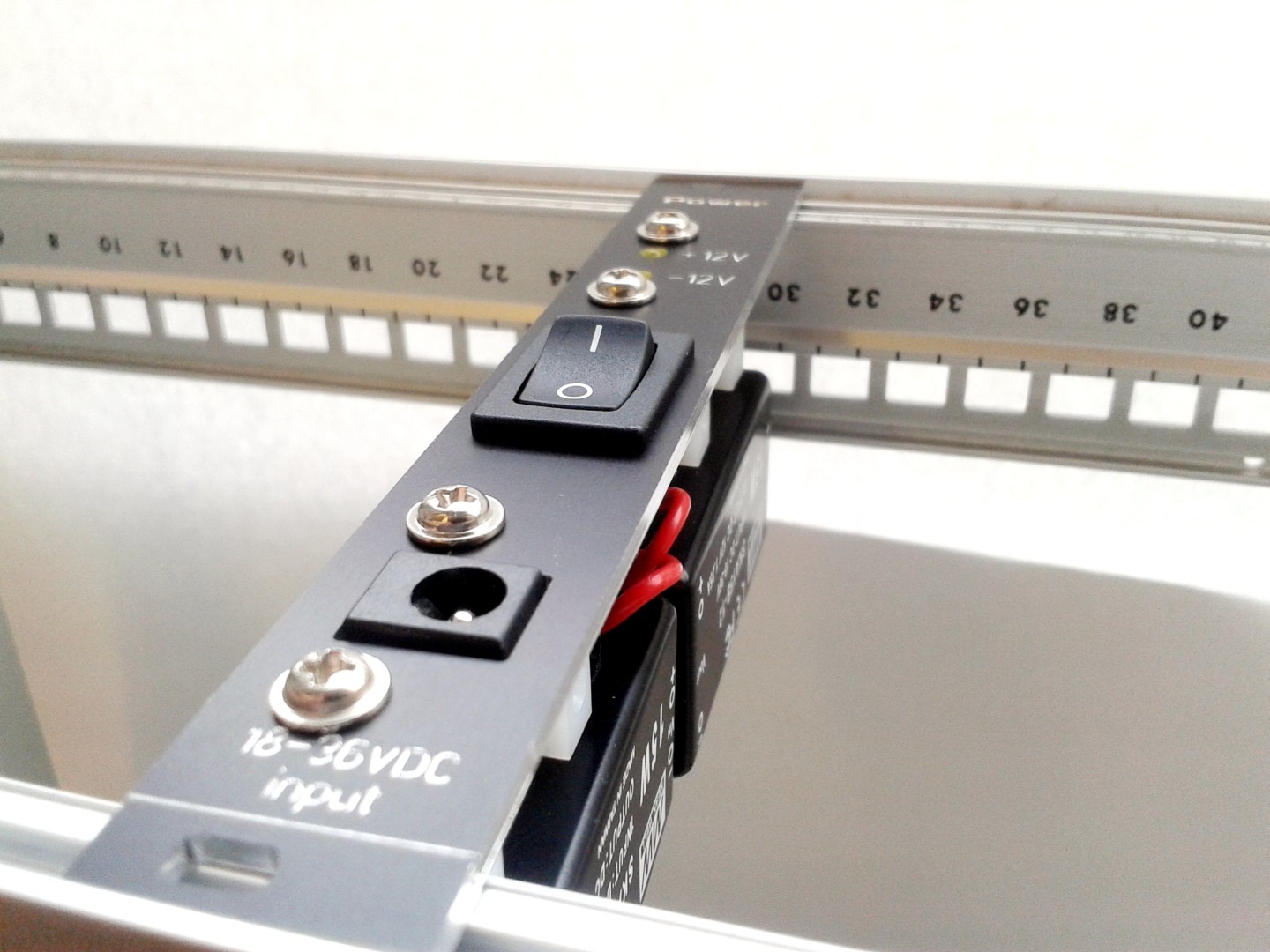 It’s also a very simple and safe solution: Linear power supplies usually need a transformer, which implies to deal with Mains voltages (the exception is the Mini Dual Power Supply which just requires a Wall Wart).

The Eurorack SMPS instead is powered by a regular laptop-style power supply.

I recommend to start by soldering the two converters.
Then solder the two resistors and the three diodes. Attention, the diodes are polarized. Align the white band on the diode to the white marking on the PCB.

Then solder the 2 output terminal connectors, the fuse socket and the DC input jack socket.
If you want you can also use a screw terminal for S1. If so, you can solder it now.

Bolt the 4 standoffs to the PCB.

The two LEDs are also polarized. The longer leg is the positive side. With the front panel, I recommend to measure the distance required for the LED to be correctly placed through the panel, then bend the legs accordingly.
The distance from the PCB is important too. The center of the LEDs is at the same elevation as the center of the brackets’ hole.
A bit longer than necessary is better than too short.

One of the last steps is to bolt the front panel in place, then cut two short length of wire, tin the tips, and solder them to the switch. Then, connect the wires to the screw terminal S1, through the switch’s cutout in the front panel.
Snap in place the switch.
Place the fuse (T2A) in its socket (or in the cover of the socket).

Before plugin in anything, triple check your build, and specifically the polarities of the diodes.

Do not connect your PSU to the bus of your system! Check first if everything is safe!

Plug in the DC input jack socket K1 the barrel jack connector from a PSU Brick (24V is one of the most common value) and toggle the switch. The LEDs should lit immediately.