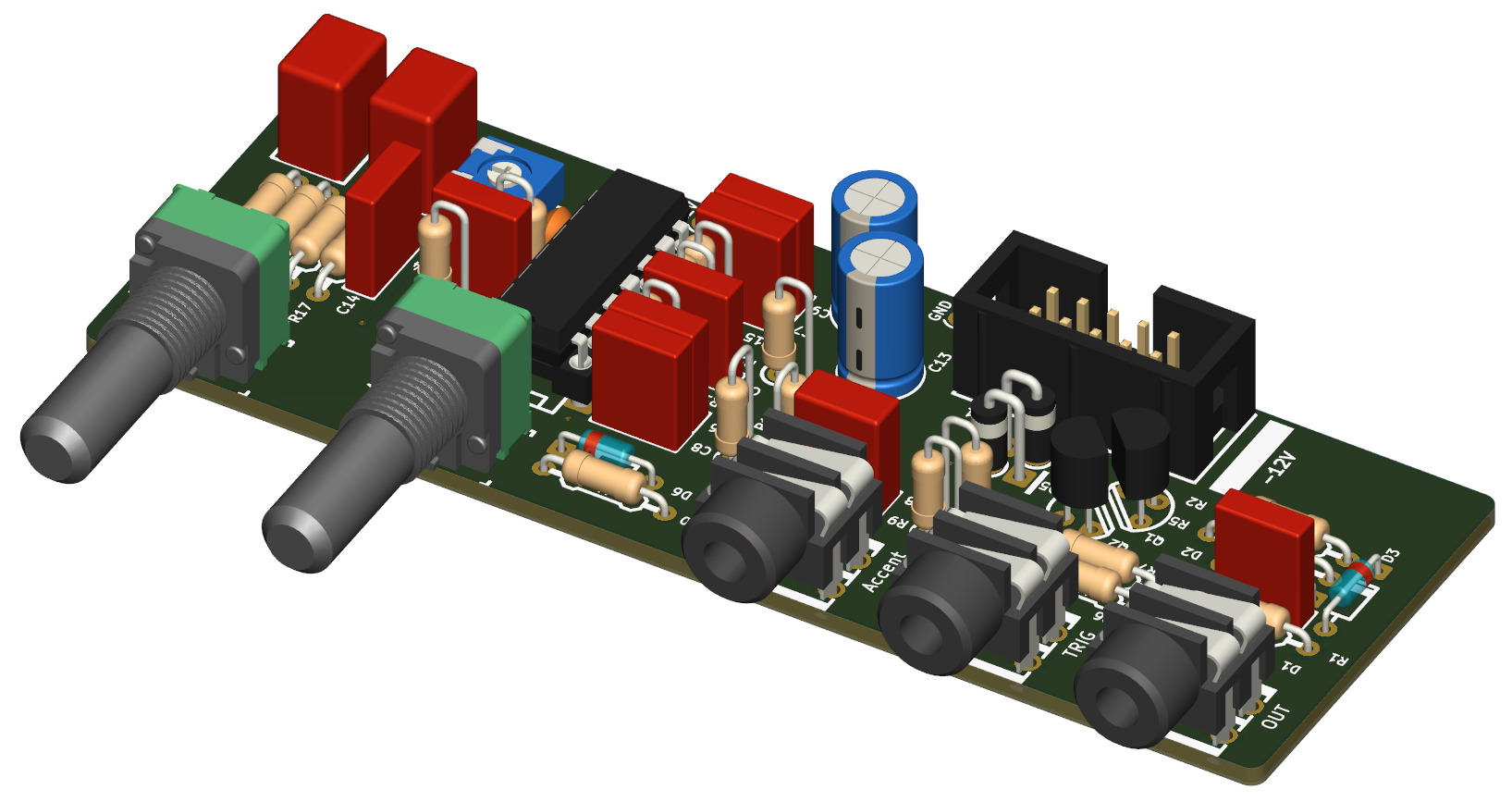 The build process is straightforward. I recommend to refer to the Interactive BOM (It doesn’t represent the components in a particular order though).
It is easier to start by soldering the smaller parts (diodes, resistors) first and finish with the bigger ones (capacitors, etc).
I also recommend to first tighten the jacks and the potentiometers to the front panel before soldering them.

The resistors have no polarity to respect.
Some are mounted either horizontally or vertically. The Interactive BOM lists them separately but they are the same components, and same value.

The capacitors are divided in two categories: the ceramic or “plastic” ones, which are not polarized, and the Electrolytic (or aluminum) ones, which are polarized.
Only C12 and C13 are aluminum caps and must be carefully oriented. Watch for the longest pin (the positive side). The white band on the capacitor body shows the negative side.

IC U1 is polarized. Pin #1 faces the front side.

The output buffer has a trimmer potentiometer (R23) for setting the output amplitude. Turn Clockwise to increase the output, CCW to decrease it. Adjust until distortion disappears (the maximum amplitude is when “Tone” potentiometer is set on middle position).

You can remove D3 and replace it by a jumper.
R24 value can be lowered to 2.2k or 4.7k to increase the output amplification.